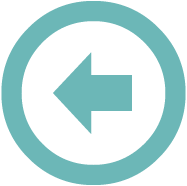 Under the Australian Consumer Law (ACL) clauses in standard form contracts that are unfair may be declared void where one of the parties is a small business. There is no “big stick” which is forcing business to remove unfair provisions from standard contracts.

But this is likely to change.  In particular, a significant monetary penalty for breach of the ACL is all but certain.

In summary, under the proposed changes:-

If a provision is found to be unfair:-

The proposed amount of the civil penalties for an unfair contract is not yet known but could run into the millions.

For more information or assistance, you can contact the author Christine  Jankus on 1300 729 113 or by email.

No comments yet. You should be kind and add one!

Liability limited by a scheme approved by under the Professional Standards legislation. By Christine Jankus